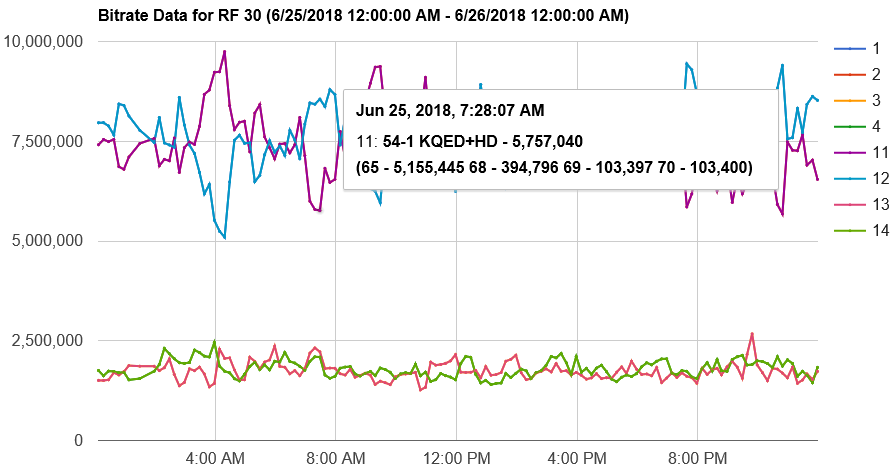 Detailed information can be displayed by hovering over a data point. This includes:

In some cases the same set of PIDs may be advertised as multiple programs. This is illustrated in the chart above, where program 11 (54-1 KQED+HD) is identical to program 2 (9-2 KQED+HD). While lines for both programs are drawn, one will be obscured by the other. Hovering over a program in the legend will highlight its line and assist in determining which programs are aliases of each other.

The aggregate bitrate of all programs will generally not add up to the MPTS bitrate (~19.39 Mbit/s for ATSC 1.0) because: